I get a lot of questions on what gear we use and how.  I've personally put a ton of time into finding the right equipment and settings to find a balanced performance vs. budget.  That said, there are tons of options and new gear comes out all the time.  The best bit of advice I can give you is not to leave out audio capture components in your setup!  You will regret it! 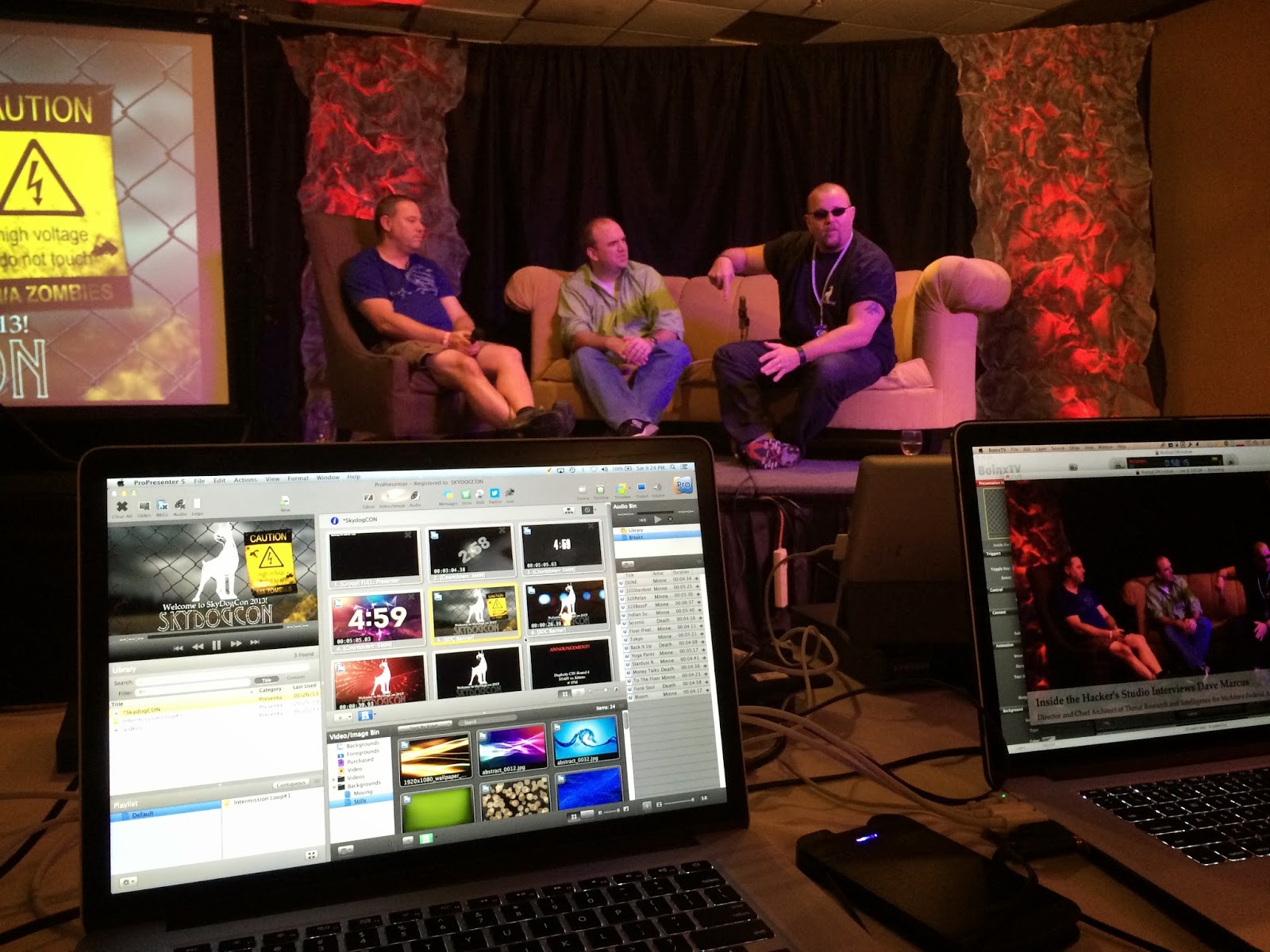 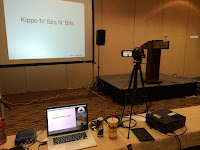 If you want to see other options for gear or are interested in a Windows-based solution, check out this video from SkyDogCon 2013 that IronGeek, SkyDog, and I all ramble on and share different solutions and gear we've tried.

CPU and disk speed seem to be the 2 biggest factors in the quality of video you can record in this area.  Overall, this is the most stable platform in my opinion, though there are cheaper options for computer based recording.  Ultimately, we use this because it supports the widest variety of professional capture interfaces (Thunderbolt, USB3, etc.). 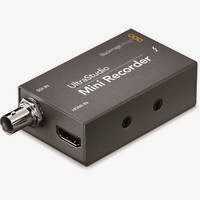 Allows for HD video recording from HDMI or SDI inputs via Thunderbolt cable.  Two (2) are needed if you want to capture a presenter's laptop and via camera simultaneously. 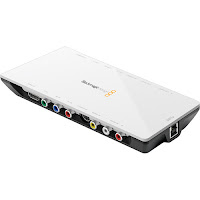 While not a replacement for the Mini Recorder, I've been able to leverage these in situations where additional video inputs were required and for capture on Windows systems without Thunderbolt ports.  These are more consumer focused and there are some other options in the space, but I stuck with Blackmagic Design simply due to driver compatibility (mixing manufacturers can cause issues if trying to record simultaneously due to drivers). 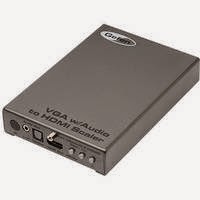 The most reliable and well performing VGA scaler I've come across.  You can try VGA to USB or other such devices to capture presenter slides via VGA, etc., but you'll spend a TON of money!  Once setup, this joker is rock solid!  I've had presenters bring up VGA in 640x480 change resolution to 1080p and higher without issue.

Note: Gefen has replaced this model with a newer version and, after one died at BSides Charleston 2016, I've started evaluating other options for events in 2017.  I'll update once I've identified a viable replacement/alternative. 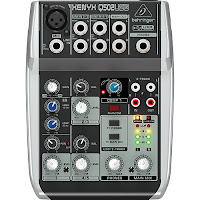 
There are many USB audio interfaces out there, but this one is cheap (less than half of previous interface), solid, and works out of the box without any additional software on Mac and Windows.  These replaced our previous recommendation, the Presonus AudioBox, as heavy wear & tear caused them to become unreliable.  Though these aren't bus-powered and require a power supply, they are an improvement as their phantom power is more reliable (an observed issue on the Audiobox), have more interfaces available for inputs/outputs, and has onboard EQ and compressor to help avoid as much post-process editing as possible.  This allows you to interface with just about anything your sound guy could give you.  Overall, the mixer style interface is a bit more flexible and filled some of the gaps experienced with the previous interface. You can go with cheaper cameras and things work great...then again, if you're trying to do 1080p recording, video a panel of people simultaneously, or record in a dark room at a hacker conference, then you'll soon find the limitations of those cameras.  The reality is, until you step up to a higher end camera, low-light recording quality is abysmal!  These are last generation cameras that you can find a great deal on if you're patient.


As previously mentioned, don't let your awesome new video recording suck by not being able to hear the presenter or hearing your recording guy snoring.  Get a microphone that works well behind a podium or in whatever situation you're recording in.  This is what I use most of the time and, though it is not a mic made for video, it has served me well.  Honestly, I mainly use this because I already owned one for my personal project recording studio and didn't see a need to buy something new.  Your mileage may vary, but give it a shot! 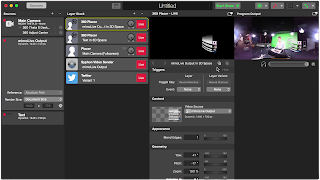 This is what we've been using to do the 1080p recording with overlays, multi-input, etc.  Its the best live switcher/recorder we've found for Mac and has tons of cool features.  You can do it with other cheaper stuff, but you get what you pay for!  Let me know if you find something else (we did pony up for pro cause of multiple camera feeds).

Note: I've only just transitioned to Mimo Live as of 2017 via month-to-month subscription (activated when I have events requiring recording).  My previous BoinxTV Pro license functions well but, due to 32-bit only limitations, is very dependent on more expensive, more performant hardware to be reliable.  The interface is a bit different, but more polished and so far is a promising replacement. 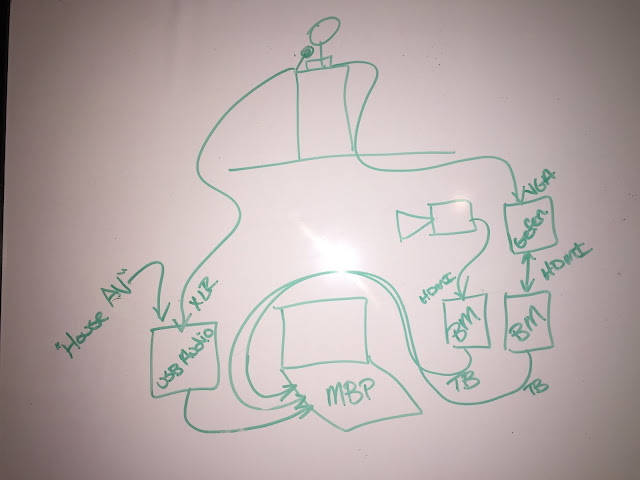 COMMENTS Amazing how much this conference has grown in such a short period of time and how many 1st time attendees this year!  The Security Onion user community has certainly grown and I'm sure will continue to do with its coming updates including ELK. One of my biggest takeaways from this year is a quote from Matt Domko  @HashtagCyber  from his presentation: "The only way I can fix more than one network at a time is to...share information!" -Matt Domko  @HashtagCyber I was such a simple truth so often overlooked and said much more concisely than I've tried in past presentations/panels on how our industry is often explicitly denied from sharing information (presentation "Failing, Scaling, Abdicating" ISSA Chattanooga, 2016). Until next year, enjoy the videos & if you're not using Security Onion , go check it out! VIDEOS Welcome and Opening Remarks  Doug Burks @dougburks youtu.be/1AI28lFjrhU Network Baseline Generation &